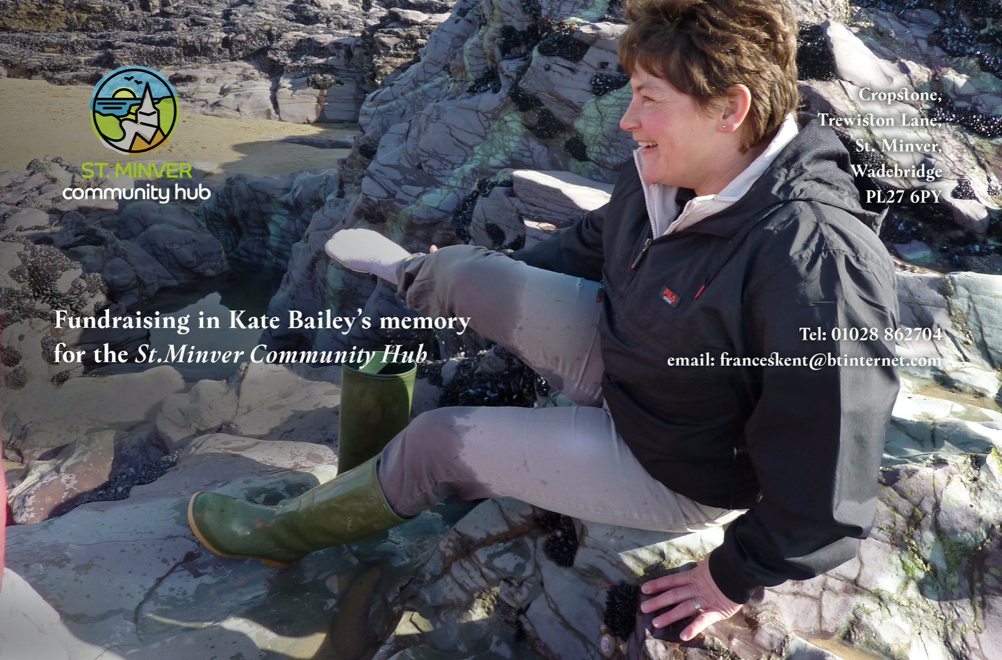 As you may know, the St Minver Lowlands Parish Council have supported the setting up of a Registered Charity as a Charitable Incorporated Organisation (CIO) called St Minver Community Hub, with a view to creating a Community Hub that is the centre of the community and for the benefit of all.

Planning permission has been obtained and the St Minver Community Hub are now able to start raising funds. A total of £850,000 is needed.

My reason for becoming involved is that, three years ago my daughter was killed in a road traffic collision in Trewiston Lane.

The person responsible was tried and found guilty of causing her death.  He later approached us via Restorative Justice to say how sorry and remorseful he was.  We agreed to a meeting as we wanted him to know what his action had taken from us and the community as a whole.  At the end of the meeting he said that if there was a charity Kate was supportive of he would like to donate something in her memory.

We gave this some thought and as a family decided that a donation to the Hub would benefit the community and maybe reduce some of the resentment towards the person responsible.

We are a local and well known family and Kate was a popular and well-loved member of the community, which was shown as over 550 people attended her funeral. She made those she met smile with her happy disposition and sense of humour.

Two families’ lives have been devastated by Kate’s death ours and that of the person responsible and none of our lives will ever be the same again.

As a family we would like to know that there will be a lasting tribute to her and we ask if you will also donate to this worthy cause.

Thank you in anticipation,